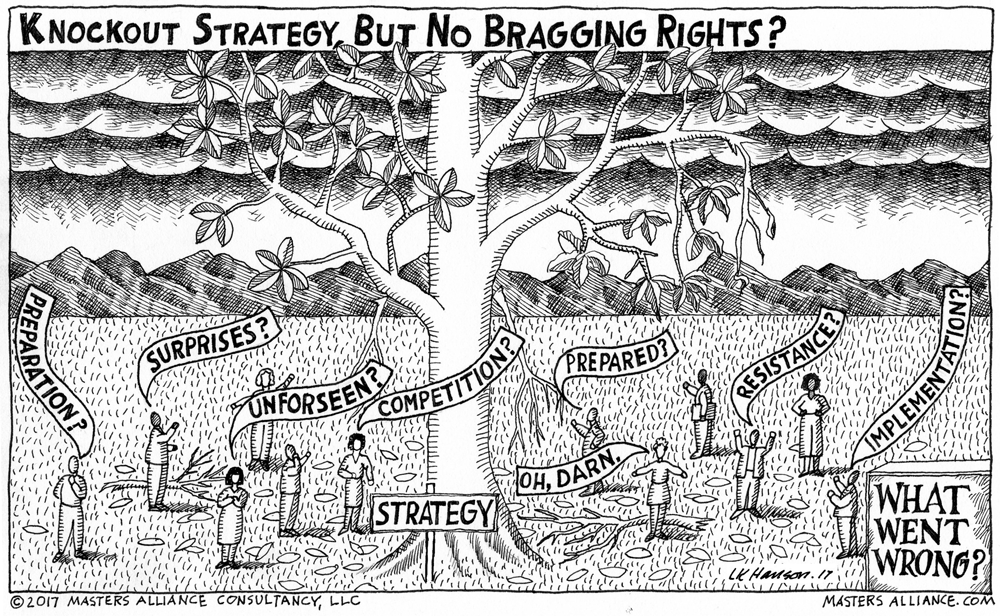 Knockout Strategy, But No Bragging Rights?

First of a Three-Part Series

Did you start the year with a “killer” strategy, but haven’t started to see the pay-off yet? You aren’t killing the market? The competition is still extraordinarily difficult; are others winning more and more? The battle is tiring. The grind is in full court press.

Is the Optimism Leaking Out of the Success Balloon?

We are over a quarter into the calendar year, and you are likely to have had your quarterly board meetings, employee town halls, and (if public) earnings releases and investor calls.

Did you find these preparations to be different than quarters past? Were you full of energy and couldn’t wait to report your results?

Were you and your leadership team scrambling, trying to find new words to describe the same old problems?

Were you looking to explain why your new strategy lacks traction in the marketplace, is not effectively executed?

Was your finance team sharpening their pencils to find that last bit of good news that you hoped was hidden in last week’s sales report?

You may, once again, be ready to accuse me of knowing the secrets of corporate sorcery, or selling consultant pixie dust. But I can honestly tell you the answer is right in front of you – it’s not smoke and mirrors. But it is the hard work. It’s not sexy, captivating, or something that can be brilliantly displayed on a PowerPoint slide for the next Town Hall. What’s the secret? I could try to sugar coat the message, but I’ve found in the 30 years that we’ve been doing this work that a blunt statement is called for in these situations.

Don’t be insulted, love of strategic statements sometimes assumes achievement. Success is dependent on the plain, mundane, boring process of executing your strategy.

We’ve seen it time and again – companies that have spent enormous resources on developing a KILLER strategy – some even engaged high-polish consulting firms, who spent countless hours in deep dive sessions with your team, emerging from their “war room” with the most beautiful, well-illustrated and animated PowerPoint containing their recommended strategy. Your leadership team blesses it, and it’s presented to the Board as “THE SOLUTION.” You hand it over to your team with best wishes for the successful implementation. Then you move on to tackling the next big issue for your organization.

Here’s a clue – as you handed over the strategy, did your team look you in the eye, and with confidence, tell you that they could implement? Did you ask them what resources they needed to get it done? Here’s where things can fall apart when you have a great opportunity.

If you don’t have a killer implementation team, your killer strategy will be a waste of your team’s time and your organization’s money. And if you think that your implementation team is already best in class, I’m going to ask you to think about that again. Don’t mistake a world class operations team with a high-powered strategic implementation team. They are two different things. Your operations team that delivers great results, time and time again, is organized and incented to deliver just that – great operational results. Their success lies in gaining efficiencies and serving the customer.

In contrast, a great strategy implementation team is made up of change agents and rabble rousers who can see the future and push and pull and lead the organization into the future state. Implementation teams know that in order to get the strategy over the finish line quickly, you will need to give up some of that efficiency, albeit temporarily, to transform the organization. Change is hard work. Breaking old habits and forming new ones is difficult – just ask anyone who’s been on a diet. Status Quo is transformation’s enemy – if you expect your current team to keep doing what they are doing, you won’t get any different results.

This work requires that new talents are brought on board- but I have good news for you! Chances are, you likely already have the people you need, maybe they just aren’t in the right roles, or they aren’t partnered with the right people. Maybe they have attempted transformational market efforts before and were stopped, or even ridiculed. You’ve come to know their faces and their names, because they are the employees who consistently ask the off script and tough questions at the Town Hall. They are the ones that consistently show up in your talent assessments as

high potential, but rough around the edges. They are the ones that seem on the brink of leaving, but so far something has stopped them from walking out the door.  Engaging this group of individuals is so powerful, and efficient at the same time! Think of the recruiting, talent assessment, hiring and onboarding cost you’ll save – not to mention that these individuals already likely have the internal connections and relationships in place with other like-minded individuals to help fast-track getting the work done. If you engage this group effectively, you might even be able to beat the expectations you’ve set!

“Impossible is not a fact, it is an opinion!”

You are probably constructing an argument that it’s not possible, because surely, you would have seen this talent surface already, it should have happened organically – but I ask you to consider one of the basic premises of work we are presented with today. Employees at all levels of the organization are paid to do the job they have agreed to do. Occasionally, you’ll have a team member take initiative and step out of their box and do work that’s not in their job description. Think about what happens to these employees. It’s a 50/50 chance that they were punished for acting out of compliance vs. rewarded for taking on more work. These odds create a culture where people do the work they are expected to do, rather than the work their company needs them to do. This frustrating reality for leaders generally persists until they take a risk and engage team members in a new and different way to help transform the organization, to help impact and surprise markets, customers and competitors. (It also helps to reward risk.)

Is Your Organization Ready for “Strategic Combat”?

Market changing strategies depend on transformation approaches. There’s no doubt that employees and customers get excited when they hear that things are “cookin’” at a company. And as the old adage goes – you never get a second chance to show that you are serious about executing your strategy. Customers, competitors, and investors have strong memories – they remember when you make a commitment to a strategy, and then they never hear about it again. You’ve heard the term “flavor of the month” – sadly, it can apply to corporate strategy as much as it makes sense for ice cream! Why does that happen? Because the work gets hard, and when the work turns difficult, we are likely to shift our gaze towards something bright, new and shiny.

Transformation surfaces all the “uglies” about your organization that your team’s been hiding from you. We have been programed to only provide good news up the ladder. These politics and dynamics have stopped you from achieving your full potential. Transformation will likely unearth some operational inefficiencies that have been skillfully swept under the rug.

A world-class, market-leading client – a manufacturer of enormous equipment used in the production of carbon fiber – agrees to implement a difficult stretch strategy. The strategy: How to maintain value and profitability with US-based manufacturing. We challenged one of three Fast Start-Fast Finish℠ teams with a seemingly impossible outcome: to deliver equipment that was 1/2 the size, 1/2 the cost, 2X the productivity output – manufacturing it in 1/2 the production time.

In 45 days the team successfully re-engineered this large equipment with sufficient percentage of the challenge achieved to retain manufacturing in the US vs. moving to China! This was transformative. It was a blend of new attitudes, “new looks” and a wonderfully accelerated robust process.

Chances are, the companies that you read about in the headlines having killer strategies that are alive in the marketplace, have equally invested in their implementation teams as they did their slick strategy. When you look at your budget – do you fund them equally? Have you developed your talent to have a mix of both Operations Masters and Senior Change Agents? Some leaders consider this model a luxury they can’t afford – other leaders understand it’s something they can’t afford not to do! Which kind of a leader are you? Masters Alliance can help you assess your ability to execute and help you develop your talent in new and different ways, and produce results at the same time.

These ideas are thought starters for you. And it’s a jumping off point of the process. You can see how this work is not as simple as issuing a mandate, or refreshing the posters in the breakroom about “teamwork.” It’s about a process for re-programming everyone in the organization to prepare for Strategic Combat!

A few other thoughts for consideration:

Almost all our client executive teams are greatly surprised as to how much room there is for improvement in their organizations.

Our partnership model allows for leaders to rewire their brains in a safe and real-world environment. Instead of using “theoretical case studies,” we work with clients to solve actual problems their companies are facing. We help clients identify and move quickly on opportunities for competitive advantage. It’s the combination of a real world focused view and an action based learning model that helps senior leaders and other leaders, think differently about the basics of leading an organization.

If you are interested in learning more about reaching your full potential, unlocking the strategic implementation power that lies within your company, contact us. We can help you get started creating a “Strategic Combat” culture and help you eliminate those obstacles to success!

We can help bring these tips to life with your organization – we provide the tools and experience to help your team think and lead differently. We’ve helped dozens of our clients implement this new way of thinking in their organizations.

Masters Alliance is a 30-year strategic management consulting firm that has helped more than 120 client organizations in over 20 industries in 13 countries gain a competitive advantage in their market. We help organizations develop and implement unique business strategies that work – faster than our clients ever thought possible.

We help clients achieve significant performance gains from a breakthrough understanding of their customers, patients, clients and markets. 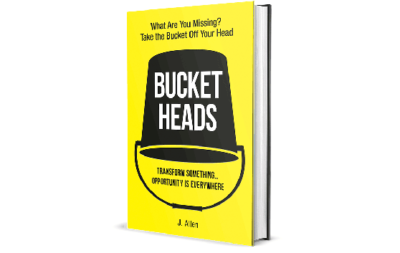 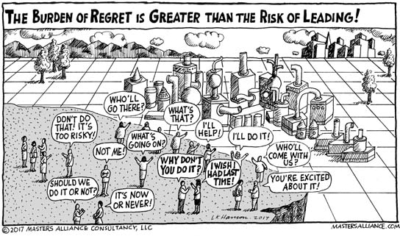